So, that means that you’ll have to walk through one bedroom to get to another. This design choice is done to create two bedrooms within a limited space.

There are some advantages and disadvantages to this type of room, which this article discusses. It also explains other characteristics of such a bedroom.

Characteristics of a Tandem Bedroom

Tandem bedrooms are not ideal for many people. This is especially true for those who don’t want to compromise their privacy.

So, if you are looking for apartments or living spaces, you should know what this bedroom type is. You can make an informed decision on whether it suits you.

So, here are some characteristics of a tandem bedroom that you should know.

The Layout of a Tandem Bedroom

Tandem bedrooms are two separate rooms that are attached. So, one room is placed after the next, and they are usually identical.

One of the rooms has at least four walls and two doors on opposite sides. The other has the same number of walls but one door.

Therefore, there is a first and second room or front and rear room. You can enter the front room by using the entrance door.

So, the rear room has no separate entrance. A tandem bedroom usually has a door attaching the rooms. However, in some cases, it may be just a curtain in front of an opening on the wall.

Also, whether there are bathrooms in the front room, rear room, both, or neither will vary. So, that may also contribute to whether one of the tandem bedrooms is more desirable than the other.

Other Aspects Related to the Layout

There are also no size limitations that define a tandem bedroom. Some apartments or houses may have larger tandem bedrooms than others.

In addition to that, some may have windows, balconies, or bathrooms, while others may not. Therefore, the additional facilities and spaces also don’t define a tandem bedroom.

An attached closet also doesn’t necessarily affect the definition of a tandem bedroom.

Advantages and Disadvantages of a Tandem Bedroom

Knowing the advantages and disadvantages of a tandem bedroom can help you make an informed decision about moving into one. So, take a look at the pros and cons below.

Advantages of a Pod-Style Bedroom

We’ll outline the advantages of a tandem bedroom first.

Homes with Them May Be Relatively Inexpensive

One of the most notable advantages of tandem bedrooms is that they may be cheap.

Thus, you may want to consider one if you’re looking for an affordable, temporary place to stay.

That said, it is not always the case that tandem bedroom homes are cheaper. For example, homes with larger and nicer tandem bedrooms may cost more than homes with two small separate bedrooms.

They Free Up Some Room

The design of a tandem bedroom may increase the space in other parts of an apartment or house. In addition to that, the front room can be used for additional space.

For example, if you don’t have an occupant in the front room, you can transform it into a lounge.

Disadvantages of a Tandem Bedroom

Here are some disadvantages of a tandem bedroom that are important to note.

Undoubtedly, the front room is the less private one of the two tandem bedrooms. This is because rear room occupants will need to walk through your front room to get to theirs.

You also cannot lock the doors as it will prevent rear room occupants from going in and out of their rooms. So, you have no real control over who enters your room and when.

The layout of tandem bedrooms doesn’t mean that rear rooms are private. Tandem bedrooms are right beside each other. As they are fairly close, noise can travel from one room to the other.

This can reduce the overall privacy you have in your bedroom. This is especially a concern if you have a TV or a loud sound system.

So, you may need to control the volume to prevent it from traveling into the next room. Such compromises can become frustrating if they don’t fit with your lifestyle.

They Can Be Inconvenient for Both Parties

You will also need to use the front room to go leave the rear room and head to the rest of the home.

So, you may be unable to do so if the front room occupant accidentally locks the door. In that case, you’ll need to either get a hold of the occupant by calling out or ringing their phone.

Even if you are not locked, walking through another person’s room can become inconvenient or undesirable. The front room’s occupant may also dislike the consistent traffic.

Rear room occupants also have to travel a lot of distance to get to the rest of the house. For example, trips to the kitchen can become frustrating.

This is because the layout of the apartment or house is not distributed evenly.

Where Are Tandem Bedrooms Typically Located?

Tandem bedrooms are usually found in bungalows on the second floor. It’s not one of the main bedrooms, so it’s designed to provide bedrooms in relatively tight spaces.

Tandem bedrooms are also more commonly found in older homes. This may be because these rooms are undesirable for many residents today.

That said, you can find tandem bedrooms anywhere. This also includes apartments.

Who Are Tandem Bedrooms For?

While tandem bedrooms can suit anyone, it’s best for those looking to live on a budget. That said, it can suit others as well, as explained below.

Tandem bedrooms can be a good option for children. Siblings who once shared bedrooms can now have separate rooms. The older ones could get the rear room—that depends on you.

Children are less likely to find the lack of privacy a problem than adults will. So, it can be a good choice.

Tandem bedrooms are also good for parents who have one or two small children. So, the parents can take the rear room, and the children can have the front room.

So, tandem bedrooms can work with some families. Using it with teenage children can become challenging, however.

If you’re making children stay in tandem rooms, try to remove the locks on the doors. This is especially important for the door connecting the two rooms.

Removing the locks will ensure that a child doesn’t lock in the other occupant deliberately or accidentally.

You may need to speak to the homeowner before removing any locks. So, don’t take this step without seeking permission first. You may have to pay a fine if you do.

It’s Good for Those with Similar Schedules

In that case, they’ll need to pass by your room while you’re asleep. The sound of the doors opening and people moving may make it harder for you to sleep then.

You may also have to restrict what you can do in your bedroom if you have varying schedules with your roommate. For example, you may not be able to play video games or watch movies late at night.

So, with a similar schedule, you can reduce the disturbance to each other significantly.

Some real estate agents may not mention that an apartment or house has tandem bedrooms in their listings. So, you may not know that there are tandem bedrooms until you visit the home.

They typically skip this detail because it may reduce the home’s desirability. The disadvantages of such a bedroom explain that.

That is why it is crucial that you also visit an apartment before making a deposit. You don’t want to find out it has tandem bedrooms after you have paid for it.

Also, ask the agent before about the bedrooms if there are two in the apartment.

That said, you will have to compromise on comfort in the process. 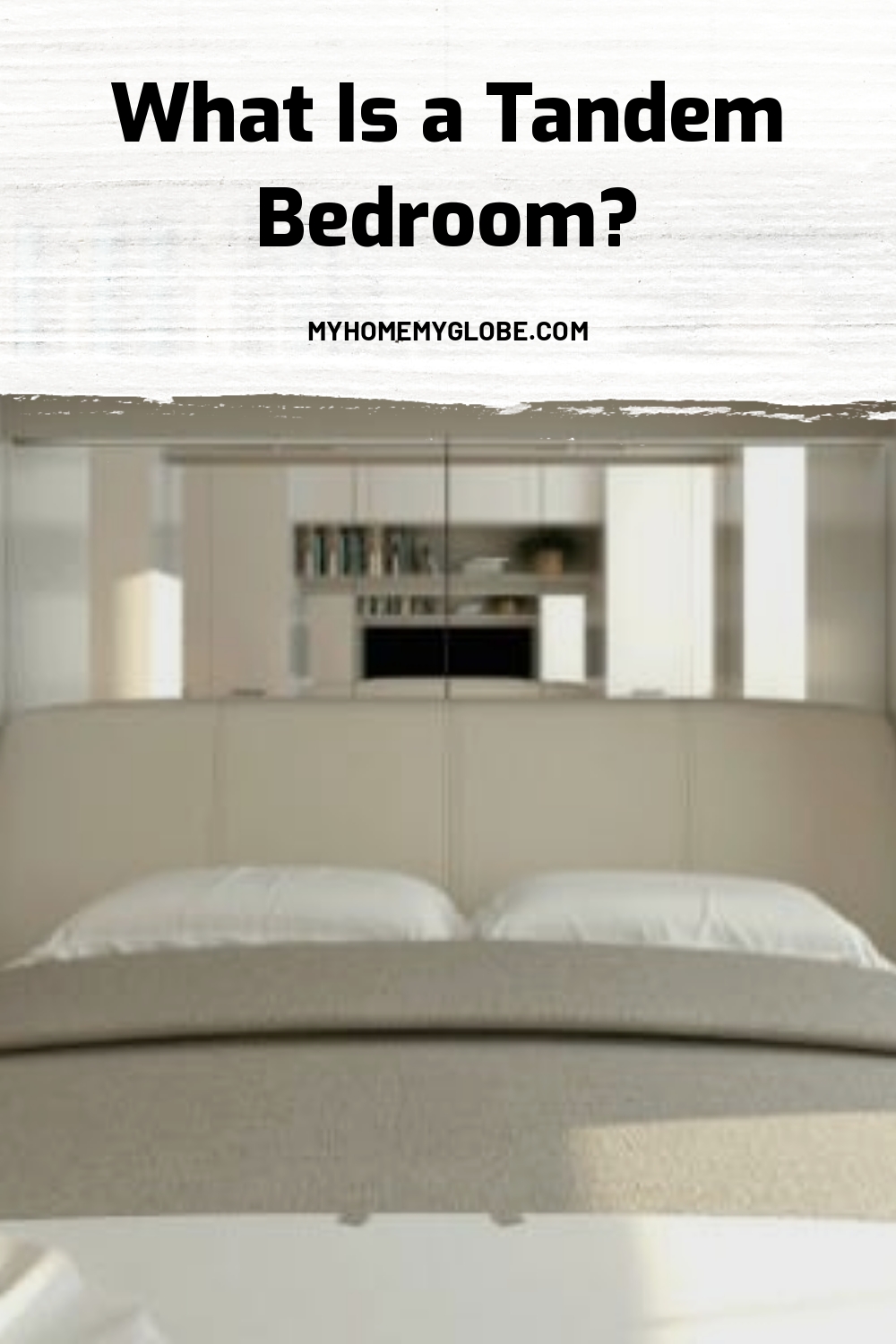