The Americans with Disability Act (ADA) that was passed in 1990 requires public restrooms to be accessible to people with disabilities.

This allows such individuals proper access and convenience wherever they are.

Hence, any bathroom that requires access to people with disabilities needs to be ADA compliant.

Several features of a bathroom need to be amended or added to make it ADA accessible. These are as easy and practical as a regular bathroom update.

Let’s take a look at how to do that and more about ADA-compliant bathrooms.

What is an ADA Compliant Bathroom?

An ADA-compliant bathroom should be one that meets all the standards written in the Americans with Disability Act.

This involves certain amendments and additions of features.

Though there are several features incorporated in ADA compliant bathrooms, some of the main ones include:

When it comes to ADA-accessible bathrooms, the most significant consideration is space.

You need to have plenty of it to add features that will allow access and convenience to people with physical disabilities.

Moreover, space is required for people in wheelchairs to move around, open and close doors, easily transfer to the bathroom, and more.

Besides that, you should also have high-quality products that are easy to use and require less effort.

Here’s more about the specific features in the bathroom to be mindful of if you want to comply with the ADA rules:

The first thing that should be of consideration in ADA-compliant bathrooms is, of course, the sign.

This applies to public restrooms. The standard ADA requirement is to have the sign situated at the height of 48 inches from the ground.

Moreover, it would be helpful to have the signs written and made in Braille for people with visual impairment.

These are smooth metal thick railings attached to the falls for ease of use for people with disabilities.

It helps them to hold themselves with support. ADA specifies that grab bars be 34 inches to 38 inches from the floor.

They should also ideally be attached to all the walls where needed, for example, next to the toilet, above the bathtub, and near the sink.

You have to make sure that these grab bars are thick, sturdy, and easy to grip. Additionally, the ideal diameter should be 1 ¼ inch to 2 inches.

Mirrors in ADA-accessible bathrooms need to be mounted to the wall, which does not exceed 40 inches above the floor.

The top edge should also be a minimum of 74 inches from the floor. The preferred mirror type would be a full-length mirror since that meets all the ADA standards.

Hence you can choose to get this type of mirror installed if you cannot mount it.

The ADA clearly states that toilets should be between 17-19 inches high. Their center should also be between 16 and 18 inches from the sides of the walls.

Additionally, it should also be at least 60 inches wide. Anything bigger than this would make it difficult to use or transfer from a wheelchair to the toilet.

Initially, ADA allowed toilets to be situated next to the sink, but that is no longer preferred.

It should now be at a distance from the sink. Installing a bidet is also a good option since that reduces the hassle of using toilet paper.

Ideally, there should also be two grab bars on either side of the toilet.

A sink should be placed not more than 34 inches from the floor.

All pipes must be covered, and there should be ample clear space on the floor and around the knee area for ease of use. The surface of the sink should be sturdy and easy to repair.

When it comes to ADA standards regarding faucets, they should not require too much force.

They should be easily reachable and operable. For example, it’s best to have a sensor that can detect when a hand is close, which would then activate the faucet.

Alternatively, they should be designed for one-hand usage.

Individuals with disabilities should be able to access and use the bathtubs easily.

Hence, it should include a seating area and grab bars and railings to hold on to. The bathtub should not be more than 30 inches in width.

Having a rolling or permanent shower seat can be useful for people with physical disabilities.

This can be a plastic one that an individual can sit on while taking a shower. This should be present in even shower tubs.

Regarding the ADA guidelines of shower seats, they should have a height of 17 to 19 inches. It should also be able to support a weight of up to 250 pounds.

Moreover, ADA states that shower seats should be foldable and placed near the shower for easy access.

If it is a public bathroom, the addition of feminine products and their accessibility is required.

According to the ADA standards, the bathroom should have products such as tampons and pads from ADA-compliant manufacturers.

Moreover, individuals should have easy access to these products.

In other words, feminine products should be easy to reach without having to put too much force into obtaining them.

They should not require any twisting forces or tight gripping.

There are also clear guidelines on the drinking fountain in restrooms or public areas.

The fountain should have a built-in water dispenser that provides clean drinking water.

Moreover, it should also not exceed the height of 36 inches.

The spray attached to the fountain should be right in the middle, and the water flow coming out from it should be parallel.

An ADA-compliant urinal should be hung on the wall and have a distance of a maximum of 17 inches from the floor.

Much like toilets, the flush switches should not require too much force or a gripping or twisting force from the wrist.

Lastly, the width should also be less than 30 inches.

You should also install the toilet paper dispenser at a comfortable distance from the toilet.

It must essentially be easy to reach. Hence, it should not be situated behind the grab bar.

ADA requires the toilet paper dispenser to be 48 inches above the floor.

It should be connected to the wall and not be higher than the sink. Similarly, the soap dispenser should also not be too far away from the sink.

Keep in mind that you will have to ensure that there is nothing between the sink and soap dispenser.

This is one of the most important features of an ADA-compliant bathroom. It is required that the door not need too much pressure to open.

The handles should be easy to grip and not require too much force or twisting motion. The ideal size of the door is 32 inches wide.

When it opens, it should not swing so as to make it difficult to move for an individual in a wheelchair.

Instead of doorknobs, there should be lever-style handles. These tend to be easier to use for people with disabilities.

Having ample lighting is an important factor for ADA-compliant bathrooms. Ideally, there should be as much natural light as possible.

There must ideally be even lighting that does not produce any shadows.

When it comes to light switches, they should be situated lower on the wall to allow easy access for people in wheelchairs.

Or better yet, motion detector lighting should be installed for people who might have a hard time reaching or finding light switches.

If you get switches, the switch itself should not require that much pressure or a pinching motion to switch it.

A feature that is easy to miss but extremely important is the floor space.

There should be at least 60 inches of clear floor space in the bathroom for ease of use for individuals in wheelchairs.

The sink should be situated outside of this clear space. The door should also not swing into the sink.

Hence you will need ample floor space in an ADA-compliant bathroom.

Building an ADA-compliant bathroom should include all the above-mentioned features for ease of use and accessibility of individuals with physical disabilities.

From the accessories to the design and installation, it should meet all the regulations.

All in all, building such a bathroom should ideally be a job handled by a professional. 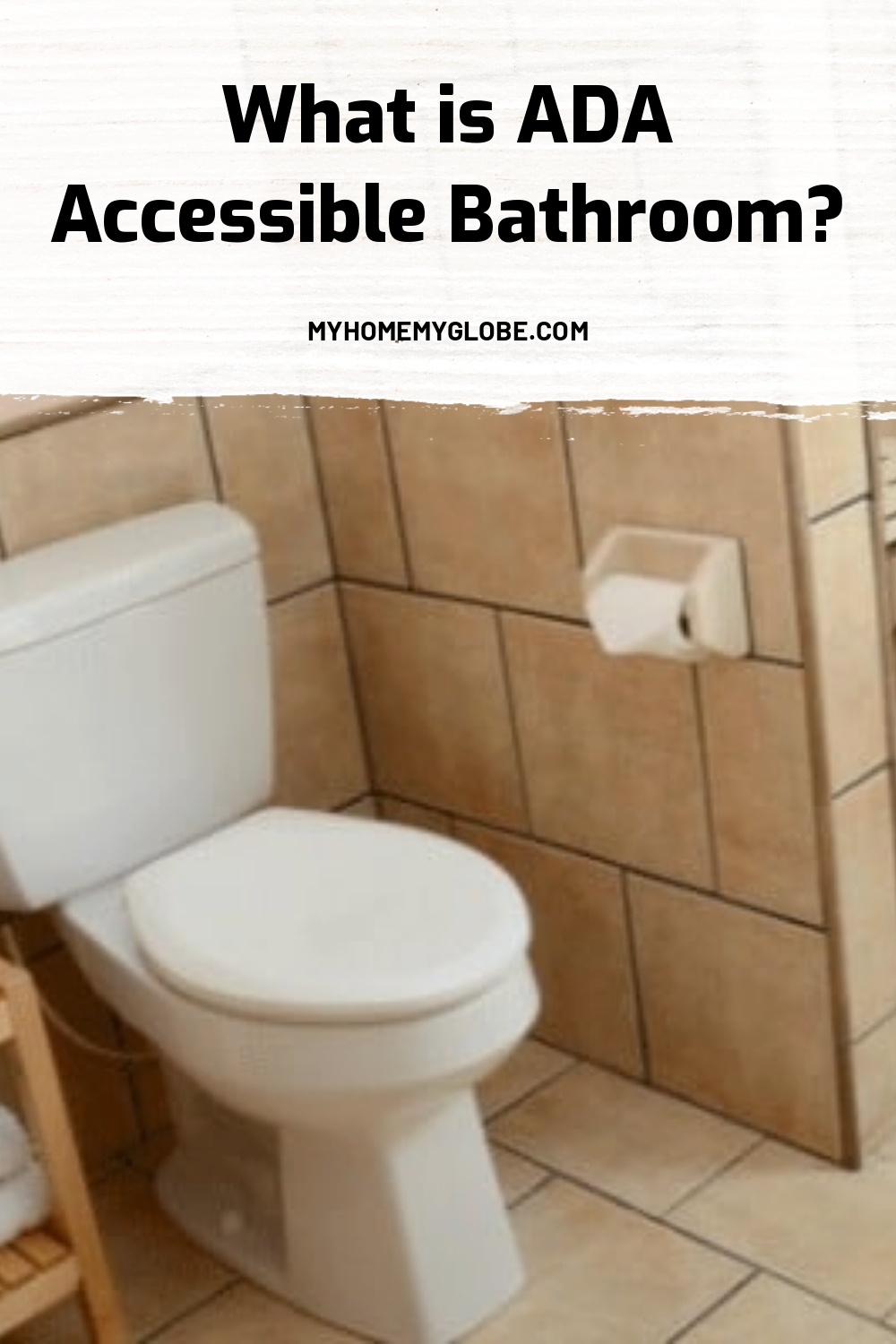