Venting a bathroom is an important activity to reduce humidity levels and prevent mold formation in the bathroom.

Most homes have exhaust fans to vent the bathroom. But installing an exhaust fan is not a viable option when there is no outside access.

In this blog post, we will discuss some options pertaining to venting the bathroom when there is no outside access for installing an exhaust fan.

How to Ventilate a Bathroom with No Outside Access

Most building codes require tenants to install a bathroom vent fan if there is no outside access for windows or exhaust fans.

The vent fans pull moist air and other odors in the bathroom and vent them outside.

Installing a vent fan will reduce moisture levels inside the bathroom. It will also prevent the buildup of steam and fogged mirrors and strange odors.

Moreover, the fan will prevent moisture-related issues such as the growth of mildew and mold.

A vent fan will pick up the moisture-laden air and vent them outside the house. Some vent fans have lights that serve the dual purpose of illuminating the bathroom and reducing moisture levels.

You need to select the right vent fan for your bathroom.

Here are some of the criteria that should be kept in mind when selecting a vent fan.

The size of the vent fan is measured in cubic feet per minute (CFM). You must select a vent fan size based on the size of your bathroom.

To figure out the right size vent fan for your bathroom, a rough rule is to multiply the square footage of the bathroom by 1.1. For instance, you must buy a vent fan with a CFM rating of 1100 CFM if the bathroom size is 100 square feet.

For large bathrooms, you have to consider other factors like the presence of a bathtub, jetted tub, and shower inside the bathroom. Here are the CFM ratings of different bathroom fixtures.

You must add up the CFM rating of different fixtures inside the bathroom to know the right vent fan size. If you only have a basic shower and toilet, you must buy a vent fan with a rated size of 100 CFM. In contrast, if you also have a jetted tub, the vent fan size should be 200 CFM.

Vent fans also have sound ratings measured in sones. You should look at the sound ratings to ensure that the fan won’t be making a lot of noise inside the bathroom.

You must buy a ceiling or floor vent fan if the moisture level in the bathroom is high. A ceiling vent fan is recommended as it is easier to install compared to a floor vent fan.

But in some cases, you cannot vent through the roof, for instance, if the bathroom is located under a stairway.

Ask the contractor whether you can install the fan on the ceiling or the floor. The ducts in the case of a floor vent fan run between the joints of the floor and the exterior wall.

Some vent fans available in the market have variable speeds. You can control the vent speed using a remote or button on the fan. This will give you more control over the humidity in the bathroom.

Installation of the Vent Fan

The cost of installing a vent fan depends on the location and type of fan you are installing. The cost of a bathroom vent fan will be between $100 and $700.

Moreover, the cost of the ducts for venting outside will be between $500 and $2,000, depending on the size of the ductwork required.

You can install the bathroom vent fan yourself or hire a professional. The cost of installing the fan along with the ductwork generally costs between $200 and $500. You will have to pay less if the ventilating duct and wires are already fitted.

So, the total cost of installing a vent fan can fall between $300 and $3200. You should plan on paying the lower end of the ventilating duct is already installed.

You should budget on the higher end if you plan on hiring a professional for installing ventilating ducts and fans.

You should locate the vent fan between the toilet and the shower for the best possible results.

Use a 3/8-inch diameter spade to make a reference hole through the ceiling or floor. Now, you should determine the exact position of the fan using the reference hole.

Position the vent between the joists while taking account of the obstructions including the pipes, wires, and insulation. You should now measure the fan dimensions and use a layout square to draw an outline of the intake port.

Cut through the ceiling or floor using a jigsaw tool. Make sure that you wear a respirator and goggles to avoid inhaling cement dust, which can be harmful.

Once you have made the cut, you should install the ducts. You will also have to attach the wiring of the fan to the outlet.

In case you are installing a floor vent fan, you may have to cut the tile and mark the area where the ducts will run. You should also take into account the location of the pipes when installing the floor vent fan.

After you have placed the vent fan on the ceiling and installed all the wires, you should put it on the cover. Switch on the fan to test that it is working properly.

Reducing Noise of a Vent Fan

Powerful vent fans with a high CFM produce a lot of noise. These fans push the air through the ducts with a force that results in noise.

Let the Fan Run After a Shower/Bath

You should let the vent fan run for at least half an hour after finishing up with the shower or bath. This is important to fully vent out all the steam in the bathroom.

Turning the fan off immediately after you leave the shower won’t result in proper ventilation. You can buy an automatic humidity sensor that will turn the fan on or off automatically based on the humidity levels.

The ventilation fan gets dirty over time.

A fan that is covered with dust or grime won’t vent out the air efficiently. You will have to clean the fan after every six months to ensure proper ventilation.

Here are the steps to clean the bathroom ventilating fan.

Step 1: Shut Off the Electrical Circuit

You must shut off the electrical circuit to the bathroom before cleaning the fan.

The vent fan cover is attached with wire pins. You will have to squeeze together the pins to remove the cover.

Clean the fan using a vacuum cleaner. You should attach a crevice tool or brush to remove any cobwebs, dust, and other grunge on the fan.

Step 4: Turn on the Electricity

Once you have cleaned the fan, you should turn on the electricity.

You should prevent excess moisture build-up in the bathroom. Keeping the bathroom dry will reduce the need for keeping the fan on for longer periods of time. This will result in an increased lifespan of the bathroom vent fan.

Consider using an absorbent mat to prevent keep the floor dry. You should also clean drips and puddles in the bathroom.

Taking a cooler and shorter bath can reduce the moisture buildup as well. It will dehumidify the bathroom and reduce condensation in the bathroom.

Keeping the bathroom dry will reduce the duration during which you should keep the fan on. It will also prevent the risk of a slip and fall accident.

Moreover, it will reduce the risk of mold and mildew formation in the bathroom.

A poorly ventilated bathroom will create an uncomfortable setting for all inhabitants. This is something that you can deal with by installing a vent fan.

One reason most people don’t install a ventilating fan is the cost associated with installing the fan. But the cost of installing the vent fan will be worth every penny. 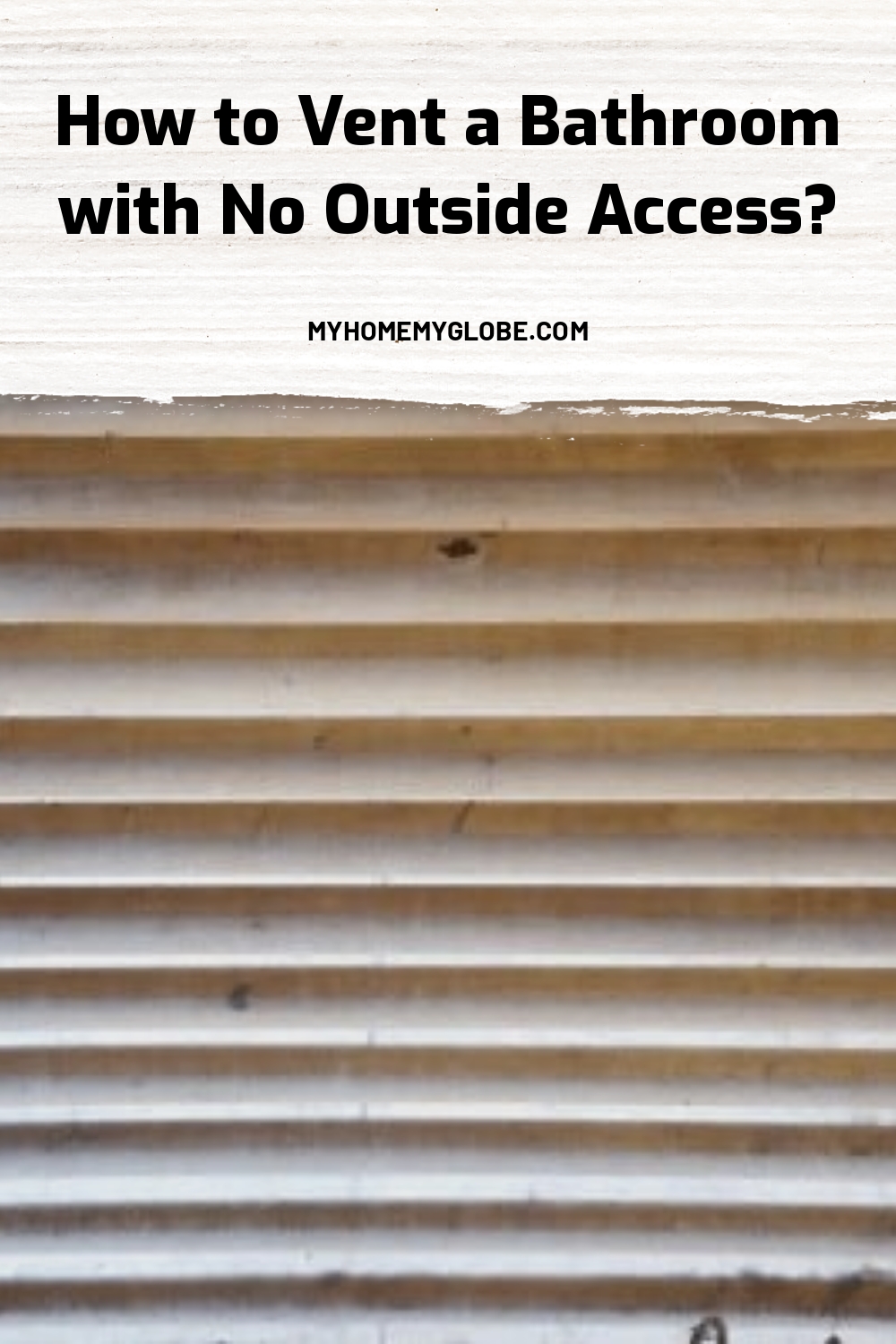