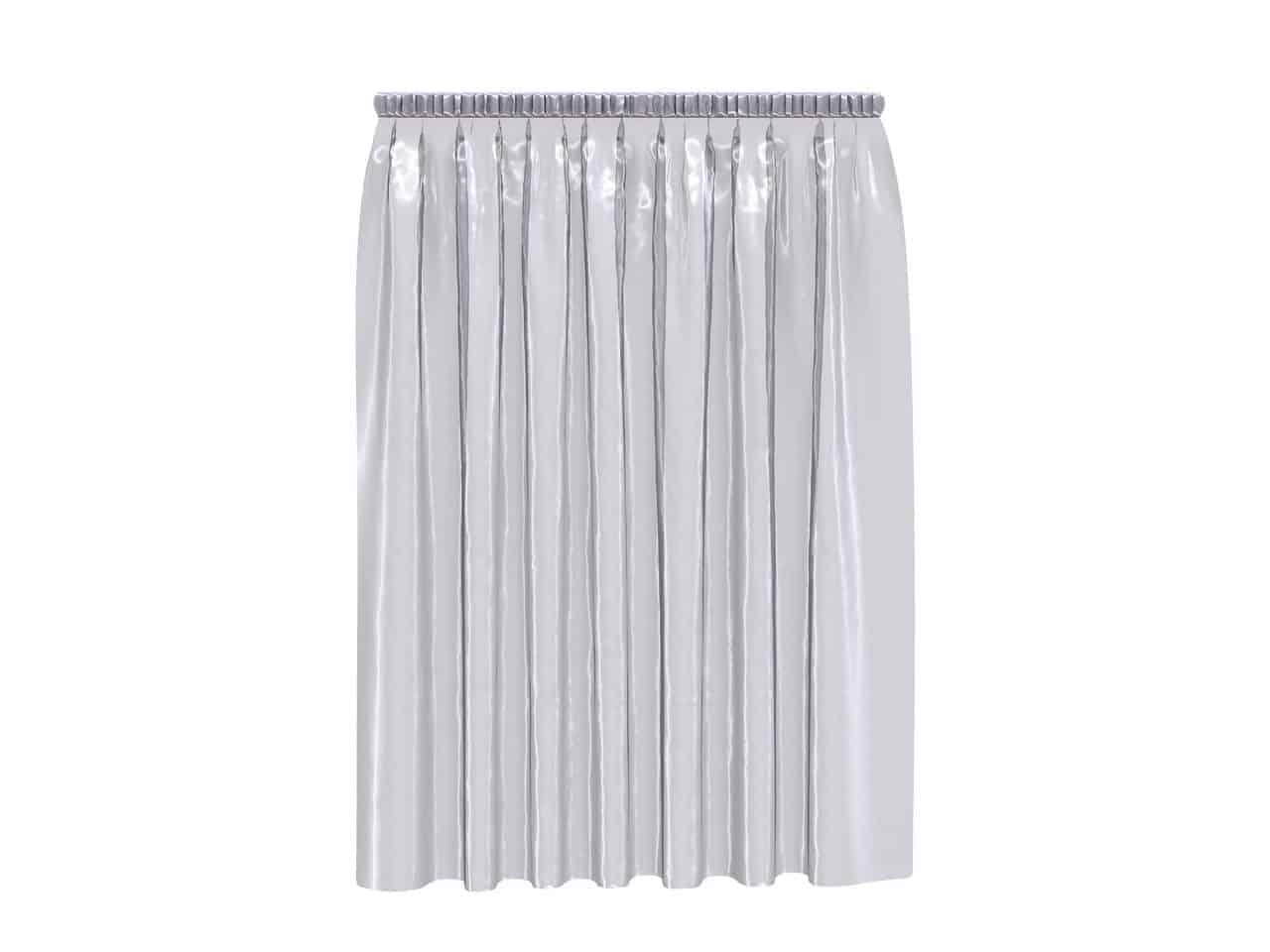 So you just remodeled your bathroom and you need to add the finishing touches of the perfect and well-coordinated standard shower curtain sizes!

For starters let’s go with the standard sizes of bathtubs and shower stalls. A typical bathtub measures wall to wall 60 inches (five feet). There are other non-typical sizes, however, once you know the formula it will not matter the actual size of the bathtub wall to wall.

A typical free-standing shower stall will measure about 50 inches to about 54 inches wide and about 78 inches tall. So we will now look at the standard shower curtain sizes based on these numbers.

The basic idea is to have a shower curtain that is about 10 to 12 inches wider than your bathtub.

This allows for a nice folding look with not too many folds and allows for the curtain to extend when closed taking care of any water splash during the well-deserved “meant to relax and clean yourself” shower.

If not sure of the width of your tub, just measure the length of the curtain rod or wall to wall and add 10 to 12 inches to the measurement. 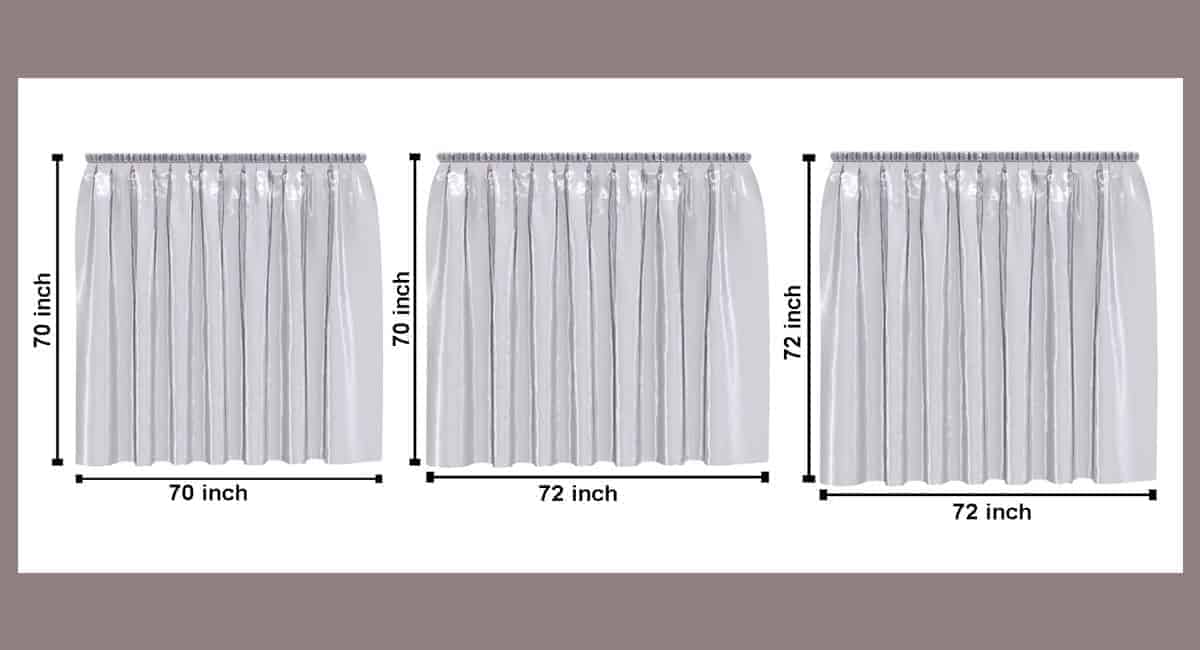 For the width of the bathtub, any of these curtains will work just fine. We would suggest the wider one at 72 inches just to keep the water within the bathtub area during your “wow, this is so relaxing” shower.

So what about the height? Well, that is a great question and we are glad you asked.

This would create another place for moisture and mold and mildew to thrive.

They can also just get in the way when showering, could cause a fall, and maybe even the entire curtain and rod being dislodged. This is not good and can sort of mess up the mood of a relaxing shower.

So a typical bathtub is about 12 to 14 inches in depth on the inside so a good rule of thumb would be to have the curtains about 10 inches from the bottom of the tub. So how do you do this?

The height is 70 to 72 inches. That is 6 feet tall. So this discussion is for standard human sizes. If you happen to be one of the “made taller” species and not an alien in disguise then you may have to special order your shower curtains to accommodate your superhuman height.

So for the vast majority of humanity, the height of the curtain rod should be about 75 inches from the floor. This is not rocket science here and no need to argue this point. Just install your curtain rods about 75 to 78 inches off the floor. This will put your shower curtains inside the tub but above the bottom of the tub.

So the width formula for standard shower curtains is:

The height formula for where to install the curtain rod is:

Well, that should do it for the standard shower curtains for bathtubs.

Some have a very low height just enough to catch the water and keep it in the shower stall. In addition, shower stalls come in various length/width combinations.

If you want to know the standard shower stall dimensions they are as follows:

There are some shower stalls as long as 60 inches because they replaced the area where a bathtub was once built or by design on a new home.

So basically one would want to have the shower curtain again about 10 to 12 inches wider than the shower base.

So for a shower stall base of 50 to 54 inches, the shower curtains would be about 60 to 66 inches wide

The height of the shower rod should be that the shower curtain is 2 inches off the floor.

This will give you just enough clearance so that the curtain is not dragging on the shower stall floor but still keeps the water inside the shower stall while showering. So here are the simple formulas for shower curtain stalls.

Shower curtain installed in a shower stall width is:

So now that you know the basic ideas and formulas of installing shower curtains in your bathtub or shower stalls or both if you have them, you just need to do the measuring as noted here.

Do not make this more complicated than it is.

If you are using the type of rod that requires screwing the rod in place on the walls then the measurements of rod placement are critical. If you make a mistake, then, of course, you have to move the rod to the right location and repair the holes that you made a mistake on.

Repairing holes in ceramic tile or surround fiberglass material or even drywall requires some additional instruction that is not in the scope of this article.

So maybe a better choice would be to purchase the self-tightening telescoping rod that is easy to move and can hold up the shower curtains.

Here’s a video with a few more tips and tricks on choosing the right shower curtain. I hope this will help you a lot as well.

What About Shower Curtain Weights 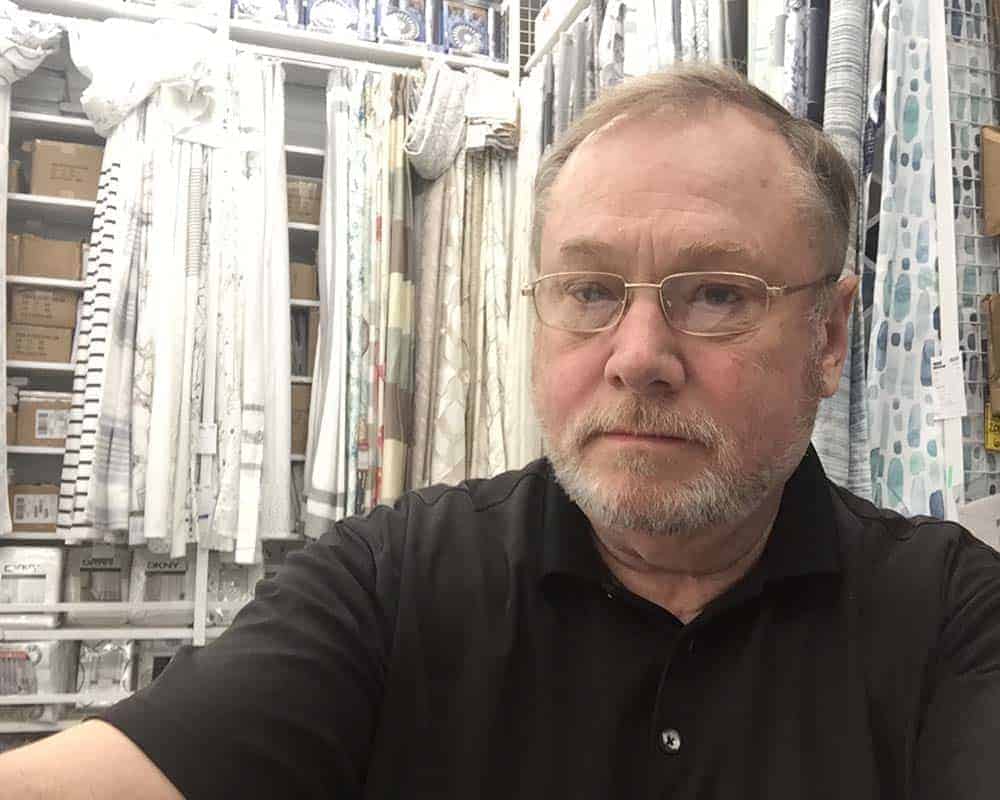 So to fully get the job done right, you will need to add some weights to keep the shower curtains hanging straight and to overcome the Bernoulli Effect.

This is that annoying little problem of the shower curtain sticking to you when you shower.

The reason this occurs in the context of shower curtains is that the fast-moving water lowers the surrounding air pressure in the enclosed shower area due to the shower curtains encompassing this area.

So how do we solve this small infuriating problem? Of course, the changing air pressure from flowing water is physics and cannot be changed.

Some curtains already come with weights as part of the shower curtain. In addition, you can also purchase aftermarket weights used for shower curtains that you attach to the bottom.

Another idea is to use a curved shower rod that will technically increase the space in the shower area and lessen the space in the bathroom area, relative to the change in pressure from the flowing water.

This idea will minimize the times the shower curtain sticks to you.

Another idea would be to simply have a shower curtain made out of a heavier material. So going on the cheap when it comes to shower curtains and shower liners are not always the best way to go.

Take the time to get a good quality shower liner along with a nice looking shower curtain, properly weighted will help combat the Bernoulli Effect as discussed above.

These are just some of the ideas to help you enjoy your bathroom, your shower, and your showering experience.

As with most things in life, it is paying attention to the little things that make a big difference in enjoying a higher quality of life.

We trust that this article was of great benefit to you in understanding and knowing the proper way to install shower curtain rods in your bathroom. 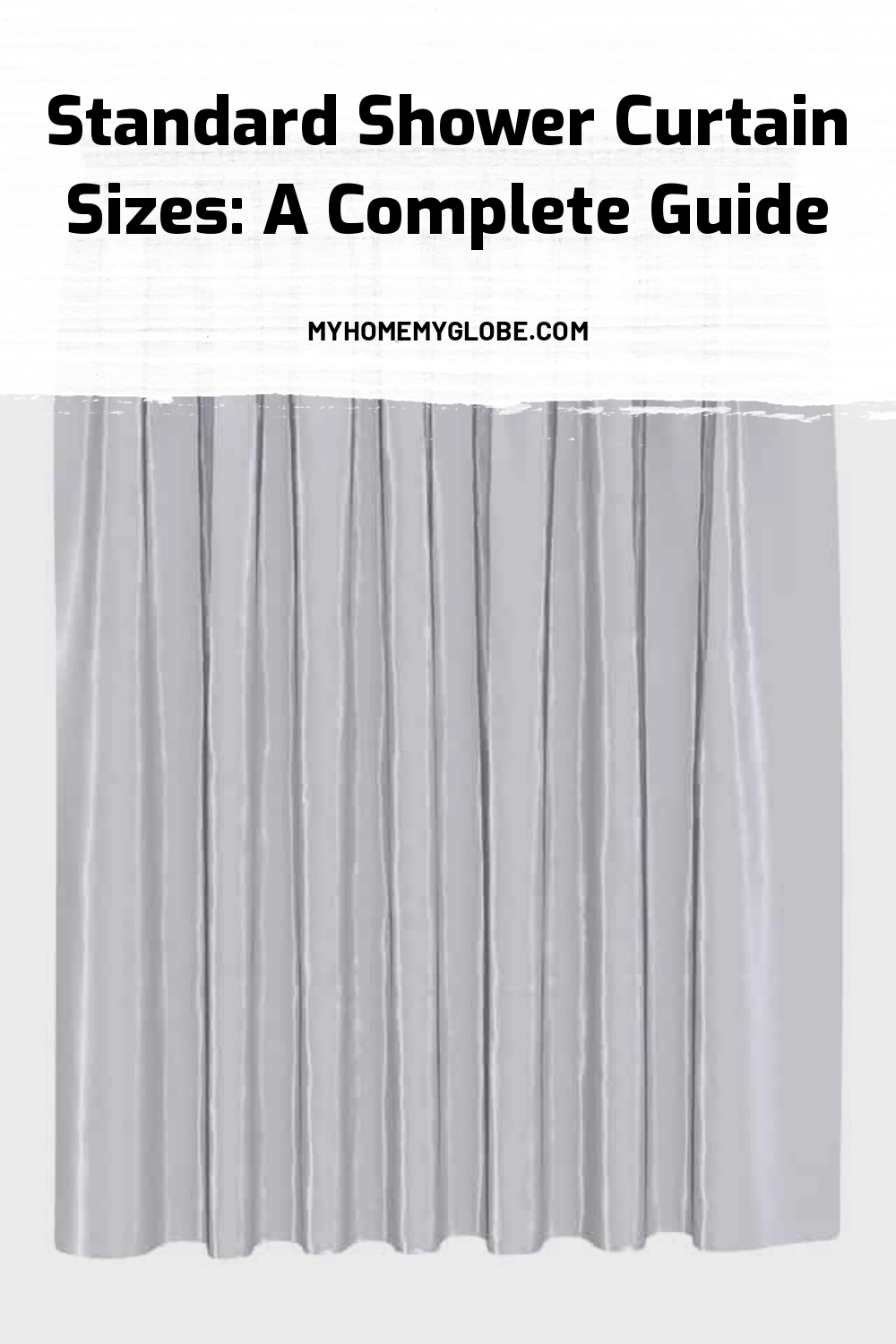